A complex organ; Ear consists of three regions, the outer, A) The middle and B) The inner ear.& C) The Auditory nerve in the inner ear transmits the information to the brain for processing. The auricle, the auditory canal and the eardrum are the parts of Outer ear. The auricle acts as a funnel in gathering the sound waves and passes through the auditory canal and the eardrum.

An air-filled cavity which contains the smallest bones in the human body - the malleus, incus and stapes forms the middle ear. These are connected to the eardrum on one side, and on the other side to a thin membrane-covered opening on the wall of the inner ear. The middle ear is also connected to the throat via the Eustachian tube which keeps the air pressure in the middle ear equal to that of the surrounding environment.
In the inner ear the auditory input is processed by the cochlea, while information affecting balance is processed by the semicircular canals. Along the entire length of the fluid filled cochlea there are tiny hair cells. These hair cells are bent when the fluid is displaced by sound waves passed on by the middle ear bones. This triggers a chemical response which activates the corresponding nerve endings. These then transmit the message to the area of the brain in charge of interpreting auditory input. 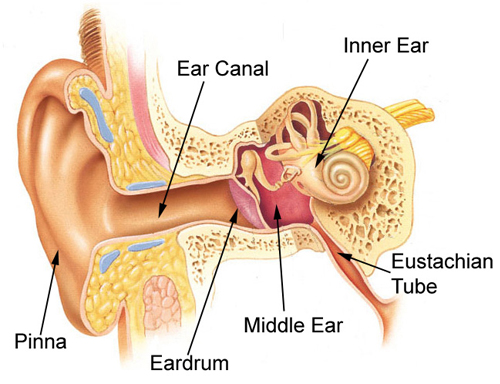 The Hearing tests can be done with different examinations which, when taken together, can determine whether or not a person is suffering from hearing loss, and to what extent and reason for the hearing loss also.

Otoscope is a special instrument used to find out the hearing loss is due to damage to the ear canal or eardrum.

The following are the tests conducted in a closed, sound proof room to determine the nature of your hearing loss. The tests will be conducted with out any discomfort to the person under test.


The hearing health care professional will examine your hearing ability by letting you listen to a number of different pure tones through a pair of headphones.

Speech Test involves you in making you to repeat certain words spoken in different volumes. This is also similar to the pure tone test but Both the ears will be tested individually. When you hear a tone, you have to press a button. The test results - illustrated as a graph or an audiogram - show your hearing threshold, i.e. the softest sounds you are able to hear at different frequencies (Hz).

Bone conduction test is also carried out to measure your ability to hear pure tones, by placing a small bone conductor behind your ear. In this test the bone conductor sends tiny vibrations to the inner ear instead of audible sounds. The results of these vibrations give another indication of your hearing threshold and are also shown as an audiogram.

These two tests provide a better indication of which particular parts of the ear are responsible for the hearing loss.

Your ability to recognize the speech can be measured with this test.
Speech Test involves you in making you to repeat certain words spoken in different volumes. This is also similar to the pure tone test but the difference is without tones.
This test result will helps to understand how well you hear and understand ordinary conversation. The result of the test is also an audiogram to determine your speech reception threshold.

The reaction of the ear drum to varying air pressure in the ear canal is tested by this middle ear test. While listening to different sounds the air pressure inside your ear is increased or decreased and it’s sensed by placing a small probe into the ear.
As the degree of your ear drum sensitivity of the ear drum determines your hearing ability; this test, in conjunction with the pure tone test and the speech test, helps the examiner to determine the extent of your hearing loss.

The audiogram graphically describes your hearing ability and which can be described as a picture of your sense of hearing and it’s the outcome of different tests conducted by the hearing health care professional after a number of tests. It infers you whether you have a hearing loss or not.

The red and blue band in the audiogram shows the right and left ear hearing thresholds and the results may also differs.

The vertical axis of the audiogram represents sound volume or intensity which is measured in decibels (dB). The more one moves down the axis, the louder the sound becomes. This corresponds to turning up the volume on a radio. Zero decibel at the top of the axis represents the softest sound a person is normally able to hear, and is not an indication that you cannot hear any sounds at all.

The horizontal axis of the audiogram represents sound frequency or pitch measured in Hertz (Hz). Sound frequency increases gradually the further one moves to the right along the axis. This movement can be compared to playing on the left side of a piano and gradually moving to the right side where the tone becomes more and more high-pitched. Frequencies between 500 Hz and 3000 Hz are most commonly used during ordinary conversation.

In General, the more markings below 25 dB or more, at frequencies which are normally used in conversation, the more difficult it is to hear what is being said. And in situations with a lot of background noise it will often be even more difficult to hear properly.

Based on your information related to your personal feedback and the with the result of the above mentioned test the hearing health professionals can determine the course of action. 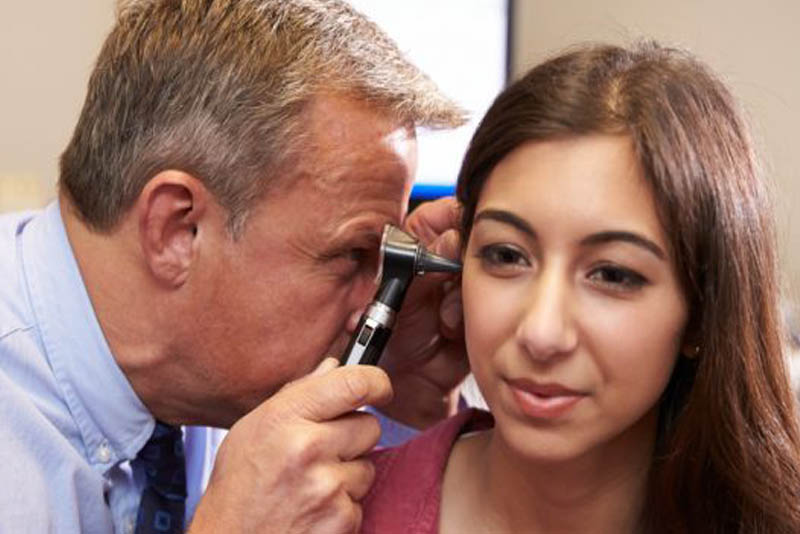 If you think a hearing loss may be present in your child the first step is to ask your medical practitioner to refer your child for an audio logical assessment. This assessment will determine whether a hearing impairment exists and to what degree. No child is too young to receive a thorough hearing evaluation and today's technology allows testing of newborns.

This is testing which can be carried out at any age. Hearing screening usually shows simply that a child's hearing is not at a normal level. If a child fails a screening test, he / she will be referred for a more detailed assessment. In recent years the importance of hearing screening for infants has been recognized. There is now legislation in many countries recommending that all newborns are screened for hearing loss. When hearing loss is identified early appropriate support measures also can begin sooner.

These tests usually require the child to respond to soft sounds in some way (verbally, by picture pointing, raising the hand or through a "game"). These tests can be fun and for infants and toddlers, a head-turn response to a test signal is usually the best and most reliable testing method.


For newborns or infants and children who cannot reliably perform the behavioral test procedures, other more objective tests, such as ABR, can help determine hearing abilities. Clicks or tonal "pips" are sounded in an infant's ears through earphones. The ABR provides information about the function of the auditory pathway to the level of the brainstem. The response to the clicks or tones are recorded, providing an estimate of hearing sensitivity.

These tests provide a unique way to examine the function of the cochlea. Sounds are sent to the child's ear with a small loudspeaker. A microphone records the response to the sound from the cochlea (known as an emission). This offers valuable information about the sensory hair cells in the cochlea.

This test helps determine how well the eardrum and middle ear are working. A gentle puff of air is delivered into the child's ear and the amount the eardrum moves in response to change in air pressure is recorded. If the eardrum does not move, for example, it could mean there is fluid behind the eardrum and otitis media with effusion may be present 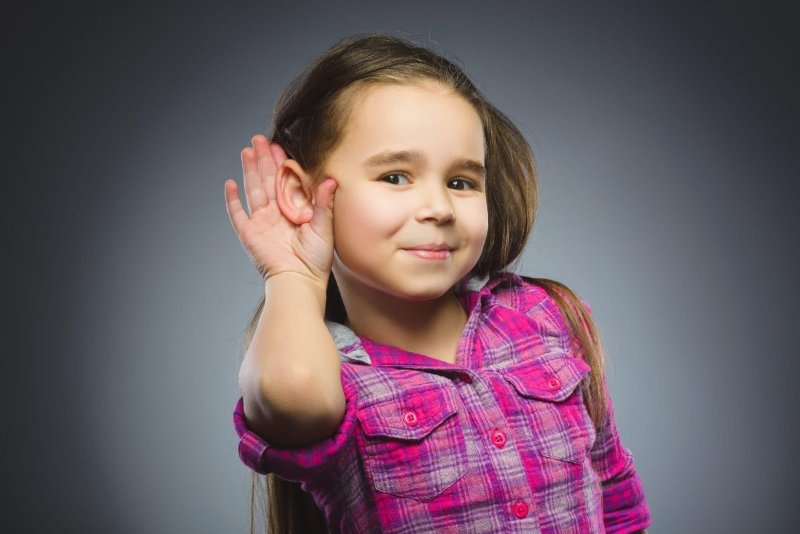 The basics of a hearing instrument

The hearing aid is a transducer. It’s an instrument which pickup the sound wave from the environment and the convert to an electrical signal with the necessary amplification as per the individual hearing loss and reconverts into acoustic signal which is directed down to the canal of the ear.


In the front stage of the hearing head the microphone pickups the sound and the end near the ear canal the loud speaker (Receiver) delivers the acoustic sound. In between the necessary amplification is carried out by electronic circuits.

Today, many modern hearing aids use digital technology. These are quite different from analogue hearing aids. They transform the sound, convert it into bits, and manipulate it before amplifying the signal. This type of technology is similar to that used in a CD player. A digital hearing aid can be programmed. This means that digital hearing aids can be individually adjusted to suit the specific user by means of a small computer.

The modern digital hearing aid can provide a hearing-impaired person with an improved and more pleasant sound picture. It can bring back almost near to the normal hearing. A digital hearing aid with advanced directional microphones will greatly help people who suffer from hearing loss, particularly in noisy surroundings.

There are several types of hearing aids. Your best choice depends on the condition of your ear and type of hearing loss. 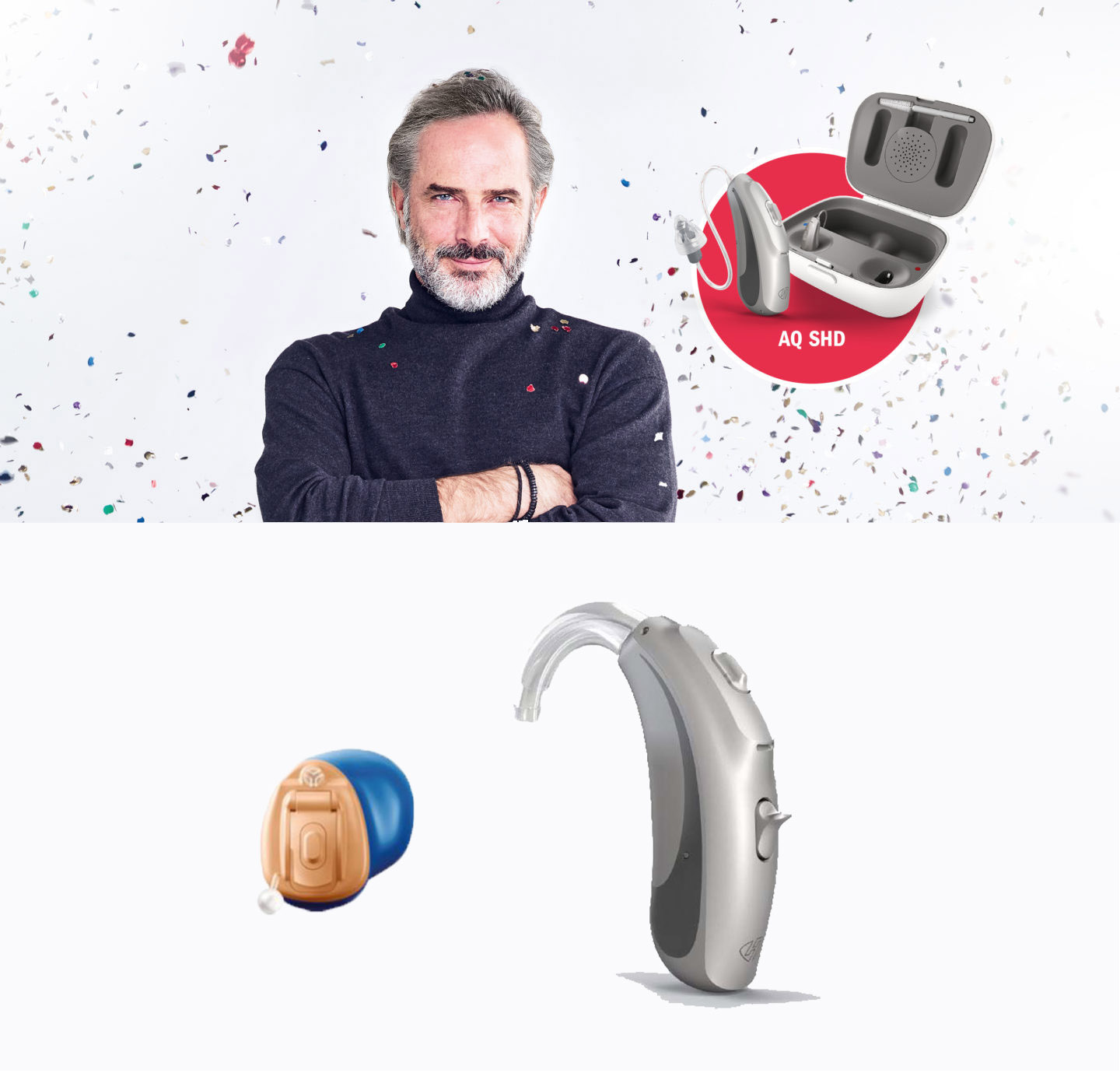